Sadie Martin Carlyle is on trial for the murder of her husband Dante Caryle. She claims she killed him in self defense and that he was a monster. She was a battered woman and if she had not defended herself he would of killed both their young daughter and her.  In short, She feared for their lives.
However, there is more to this case than meets the eye. Sadie Martin is not your typical woman. Her family consists of her Criminal lawyer father Jackson Martin from Atlanta and her mother Barbara Reece Martin is one of the main leaders of the Southern Belles of Atlanta.

From the very start, there are secrets that are hidden that no one will see coming. Sadie’s story will take the reader through a very emotional journey throughout. Once the case begins, everything you think you know about what happened between Sadie and Dante Carlyle will have you asking many questions and is everything being said the truth?

As I lie here holding on to my sanity.   I have to say never in a million years would I have thought all would turn out the way it did.

and be able to finally lead “the normal life.”

However, nothing could be farther from the truth.  My name is Sadie Martin Carlyle and on

The thing that makes this so horrific is that I do not even remember committing the crime.

All I know is that when I awoke the next morning, My husband Dante was dead and I was found next

to his body and the murder weapon.

As of now all I can do is await my trial which will not be for a few months.

Sadly because of the circumstance of the crime, I will have to sit in a jail cell until my trial.

You must be wondering why I seem to know so much about the law in particular.

One second, “Can you please let me finish talking.”

Sorry being locked away in this cell has made me a bit paranoid.

Well in any case as I was saying.  The reason I know so much was that my beloved husband was a lawyer and before I got married.  We both met in law school.

Oh, it was so simple back then.

It’s too damn bad I was never able to lead a normal life.  Thanks to my dear parents!

My mother was born to parents of money and my father was no different.  However, he was known for being one of the best criminal defense attorneys in all of the state of Georgia.

He was deeply admired for his hardcore antics.  My father was never one to give up on his client and

he is both loved and hated throughout the community.

On the other hand, my dear mother Barbara Reece Martin has always been in the public eye.  As a child, her parents owned several wineries all over the state of Georgia and North Carolina and she was left with a trust fund and decided to invest in stock and has done pretty well.  She is now the Ceo of The Reece Winery and overlooks them along with my father and she is also one of the main members of the Women of Atlanta social club.

All in all, she is always busy and thinks that I am just spoiled.   My mother and I are not close.

She was always gone when I needed her.  The only person that seemed to care and worry about me was my father Jackson.

He always made time to see me and for that, I am very grateful.  My father has always said I was his

everything.   At the time I thought I was but then I discovered it was all lies.  I will get to that later.

As I was saying my mother was never around as a kid.  She was always out and busy with all her numerous work and charitable events.

As you can see I get a bit angry being cooped up in here.  I mean there are many criminals in here and I know they are women like me.  But I am not one of them.  I am different and I want to do is start over again. 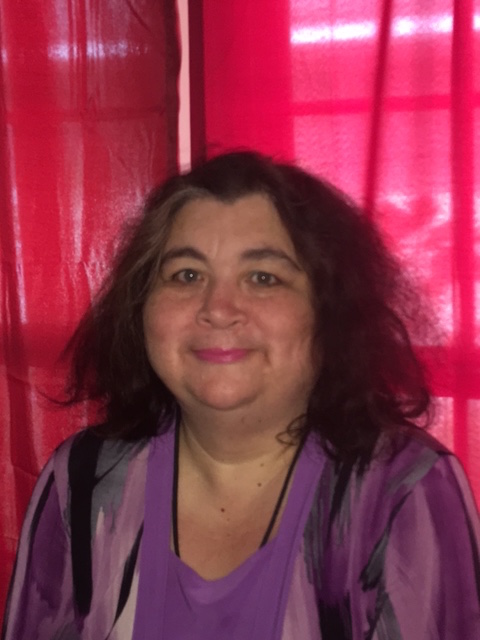 in. Stein obtained a Master’s Degree in Creative Writing and English from Southern New

Hampshire University this past July 2015. She is a mother of three beautiful children Paul 10,

Michael 9 and Consuelo 6. She resides in the city of Fuquay Varina with her amazing husband

Jeremy. Stein has also published two solo books one was her first novella Closure which she

Month (Nano) in 2013. Her latest book is entitled, The Diary of a Broken Father which came

Out in February 2017. Her new thriller which she has been working on since 2014 will be out

Late 2018 and is entitled, Battered Mind.

The Daily with Syl Stein on Anchor

My name is Michael Dangremond and I am mainly a self-taught artist. My professional Media is tattooing. I’ve been involved in art for the better span of my life. I grew up in a small town called Hopkins in the state of Michigan. Growing up had its challenges and equally; it’s lessons. After high school, I lived in Grand Rapids, Michigan to begin a career in the culinary arts. After bouncing from kitchen to kitchen and climbing the ladder, I decided to reinvest myself in the art my heart called me to pursue. I am happily married to my wife, Alanna and I am blessed with my daughter, Sophia. This story of mine continues growing in my passion for my brand of art.

You can find Michael on  Instagram page under Mykaldangerous

View all posts by Sandra Ely